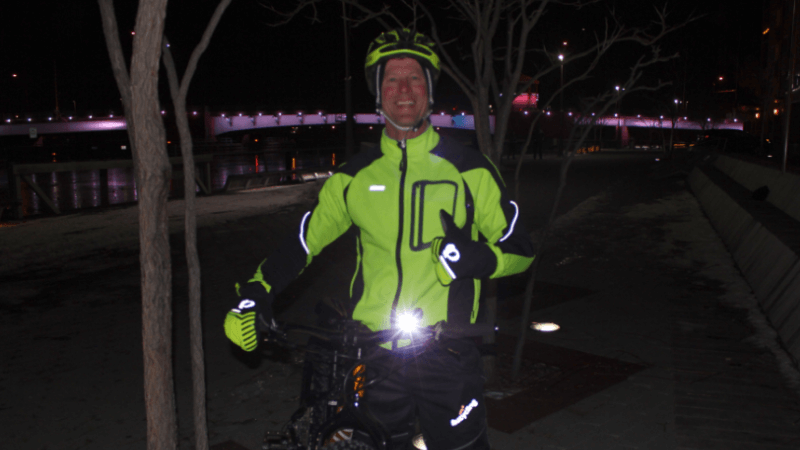 As yet another round of snow falls on Green Bay, and my kids sleep deep into the early afternoon of their fourthsnow day of the year, there’s a hint of “stir-crazy” driving my fingers as they type.  This is because I hate being cold, and I dread shoveling snow, and as much as I believe the mantra that “there’s no bad weather, only bad clothing” I simply do not want to bundle up and get moving.  I want to head up stairs and crawl in bed until the spring thaw.

On the other hand, I also have to acknowledge some key truths.  This much I know: at a certain point, bundling up and getting outside is imperative for the physical, mental and emotional health of my family.

While we are not natural, winter outdoor exercisers, we are interested in survival.  Tempers, petty disagreements and grudges tend to fester in bathrooms and on couches when we don’t get enough fresh air and exercise.  And the past few weeks have tested us to the limit. So, today, hammer is coming down hard on the Heller family and a wide array of outdoor activities including shoveling, skating and nature walking are on the agenda...and participation will not be optional.  We will, I trust, feel better for it.

At least that’s what the research says.   More and more studies support the long-held Northern Wisconsin folk-wisdom that getting outside and getting active on a snow day has profound benefit.  In fact, data shows that exercising in the cooler temperatures burns more calories and fat than exercising in temperate climes, and - surprisingly - helps you actually feel less cold at other times of the day.  Who knew?

And, exercising in the cold also builds one more important thing:  community.

The proof?  Well, let’s just say that upwards of 300 peoplerecently showed up at nightto walk, run or bikethe Fox River Trail in celebration of winter fitness.  Frenzy on the Fox, as the event is called, posted record-breaking attendance for the event.  Walkers, runners and cyclists enjoyed the brisk outdoors, including a “warm-up station” at the 5K turnaround and an after party at Hagemeister.  And, yes, it was freezing out.

This sort of event also puts Green Bay on the map as a community that values well-being.

At Wello, we see well-being work as both an opportunity to enhance local lives in Greater Green Bay as well as help our community stand out and become recognized for the good things that are happening here.  It’s also a chance to participate in a larger effort that is sweeping the nation.

And (pardon us for shifting gears- and making bad puns), to connect the dots between our local scene and the world at large, we’re excited to introduce a new feature on our blog called “Well on Wheels.”  In these posts we’ll follow national bike/ped experts Peter and Tracy Flucke on their upcoming tandem bike trip across the U.S.

Why the Fluckes?  Because in addition to being nationally-recognized experts, they’re also  Ashwaubenon residents, members of Wello’s Well-being Influencer Network (WIN) and part of the Greater Green Bay Active Community Alliance.

Peter and Tracy have promised to be our feet (wheels?) on the street and will be reporting the people, places and well-being stories they encounter on their ride.  They will also be sharing stories of the progress Greater Green Bay is making in this capacity to the people they meet.

To learn more about their ride, and the preparation that goes into such an enormous effort, make sure to check our their blog as well!

← Active, Accessible and Safe CommunityMindfulness in the Classroom →