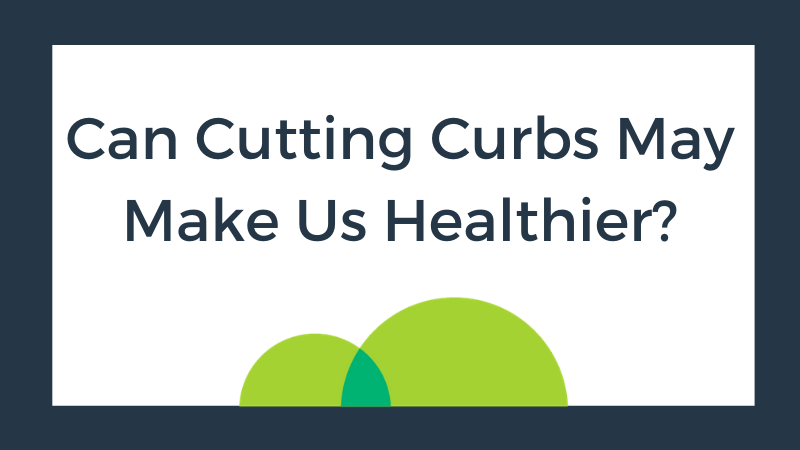 No, that’s not a new fad diet.  When we talk about “curb cuts,” we’re talking about a concept from the science of community well-being first outlined by Angela Glover Blackwell in her article “The Curb Cut Effect,”  published  in the Stanford Social Innovation Review (SSIR) in Winter 2017.  In the piece, Glover challenges the widely held idea that helping one group decreases the resources available to help others.  Blackwell put forth the compelling argument, using the example of disability activists in Oakland, CA in the early 70’s, These activists literally paved the way to mobility by pouring concrete in the middle of the night to create makeshift ramps from curb to street.  Ultimately, the ramps, which started as a way to assist individuals in wheelchairs to become more mobile, ended up making everyone’s life better.  Parents with strollers, delivery people, business travelers with suitcases, all made a bee-line for the cuts.

Another “curb cut” example is expanded public transportation efforts directly designed to serve underserved communities.  These new routes ultimately help businesses draw in more customers and generate a larger pool of eligible workers.  Another key element of the Curb Cut Effect that doesn’t get as much attention as it should is that the solution to the mobility challenges faced by the population with dis came from within the target population itself (disability advocates in Berkeley, CA  literally poured cement to create a makeshift ramp in the middle of the night!).  This points to a critical element of the most effective “curb cuts:”  they are community driven.

So what does this have to do with right now?  Well, we are already behind the eight ball.  Existing disparities stand to deepen drastically due to the global pandemic and economic downturn.

Right now the COVID-19 crisis has revealed what we’ve known for a long time but have chosen not to address.  Currently, the health and well-being in our Black and Brown neighbors lags severely behind our White neighbors.  This pandemic has exposed an equity crisis where we must find ways to “cut curbs” that are keeping every member of our community from being a productive and well contributor.

In the coming months, Wello will be conducting a series of roundtable discussions with community partners to share our well-being data and open a forum where those most impacted by disparities will help to lead the steps taken to correct them.

We hope these conversations will surface curb cut ideas - changes made to address disparity that end up lifting the entire community.

← Understanding Pandemic Benefits at the MarketPut a Pandemic on Your Plate →